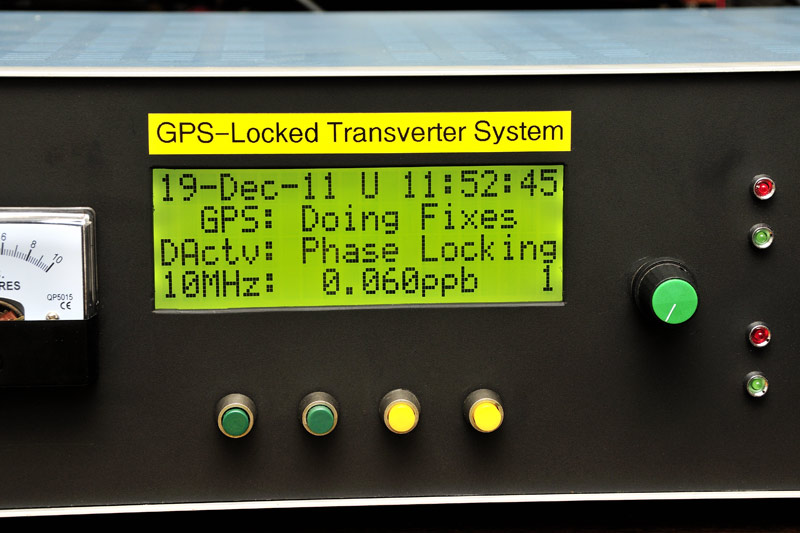 *
*
*
This video has been removed, due to design piracy.
One lazy dumb-ass Pom couldn’t even come up with his own original page layouts, and stole mine.
*
Something about imitation being the sincerest form of flattery?
*
*

ThunderBolt GPSDO Commander
A cheap and easy DIY project that sends pre-defined command packets to a Trimble ThunderBolt.
Combine this with a ThunderBolt Display, and for most ham radio applications, you will not need a PC tethered to your ThunderBolt again.

Trimble Thunderbolt on the move
This video demonstrates that Trimble’s ThunderBolt Disciplined Clock does not update latitude and longitude position fixes whilst in OverDetermined Clock mode.

For amateur radio operators that relocate their ThunderBolt-locked transverter systems, it demonstrates why you should consider building the $15 “ThunderBolt Commander” project. Along with a ThunderBolt Display, it completely removes the need for a PC/laptop.


Leap Second June 2012
If you felt one second older in 2012 than what you really are, here’s the answer why.

More information about leap seconds can be found on WikiPedia

ThunderBolt GPSDO LCD Comparison
This was a comparison of LCDs on offer for the 2011 build of ThunderBolt Displays.

Denis fits a Trimble ThunderBolt, ThunderBolt Display, and ThunderBolt Commander into a surplus satellite DVR enclosure.
Watch the video that Denis made: