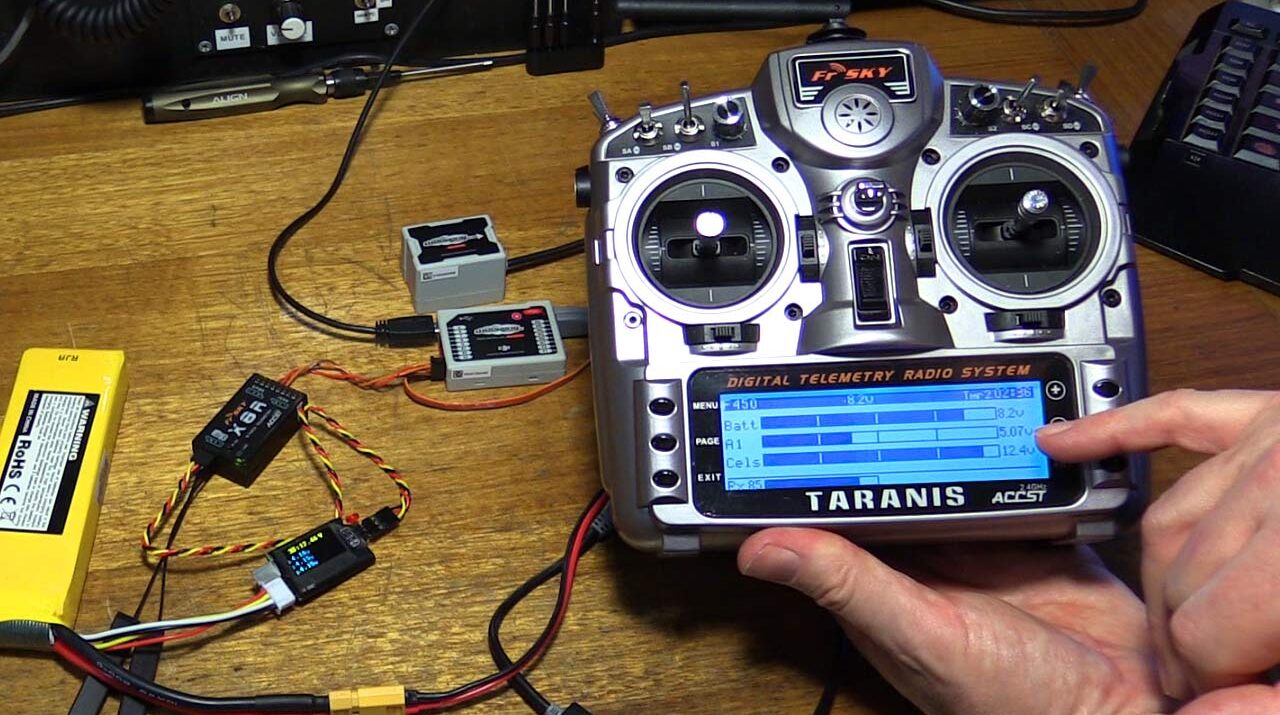 Components for the quadcopter have been rolling in!

A DJI Wookong-M flight control (FC) system along with an FrSky Taranis radio system were chosen to be the main control components.

This Taranis system uses the FLVSS telemetry module to report LiPo cell voltages back on the Taranis’s display.

Wookong-M is connected to the Taranis via a single port “S-Bus” (serial bus) connection.
No more messy multi-channel wiring, as all the data is sent via one serial stream.

There’s a learning curve involved with the Taranis, but after configuring it, this video takes a brief look at controlling the Wookong-M on the bench.

The Taranis radio system was purchased from BoltRC in Perth, who came highly recommended.

And I can see why!
Mark (business owner, BoltRC) called me on the phone 3 days later to see how things were going, and spent 15 minutes with me on the phone. Now that’s customer service!

If you’re looking for a Taranis radio, and great service, head across to BoltRC.com.

The Taranis is direct-shipped out of Hong Kong and should be on your door in 3 days time via DHL.

The Wookong-M, Flame Wheel 450 boards and T-Motor propellers come from RiseAboveAerials in NSW.

I was waiting on F450 boards (and would have been waiting longer), but the RiseAbove team used some lateral thinking, and ratted a set of boards out of an F450 kit and sent those to me, to minimise delays.