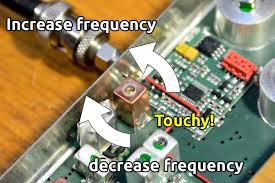 I was caught by surprise out in the field the other day, when my new Kuhne MKU 10 G3 432 appeared to not work.

But it worked fine on the shack bench.

Unlike my Kuhne MKU 57 G3 432, it did not like being powered up, with the 10 MHz external reference already connected to it.

(No problem when the MKU 10 G3 432 was powered up and then you connected up the 10 MHz after power up though, but it’s a pain in the arse having to pull out the 10 MHz feed on a band change.)

Wanting to fix this problem, I removed the MKU 10 G3 432 from the 5.7/10 dual-band transverter, and had it back on the bench.
The OCXO wasn’t factory set close enough to my liking anyway. 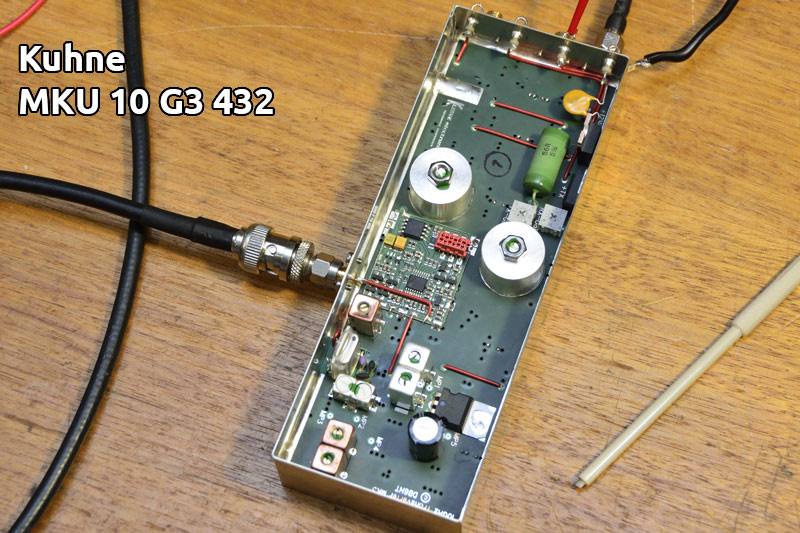 Kuhne are very secretive about the PLL board, as no schematic is supplied with the transverter module, so it was going to be difficult to look for answers there.
(And the schematic supplied with an MKU 10 G3 432 is actually that of the MKU 10 G3 144 variant, not the 70cm version. It’s close enough though.)

I turned my attention to the 103.500 MHz local oscillator, and from cross-checking the schematic with the board layout, I determined the single inductor in the copper can was responsible for “pulling” the crystal, and setting the oscillator’s frequency. 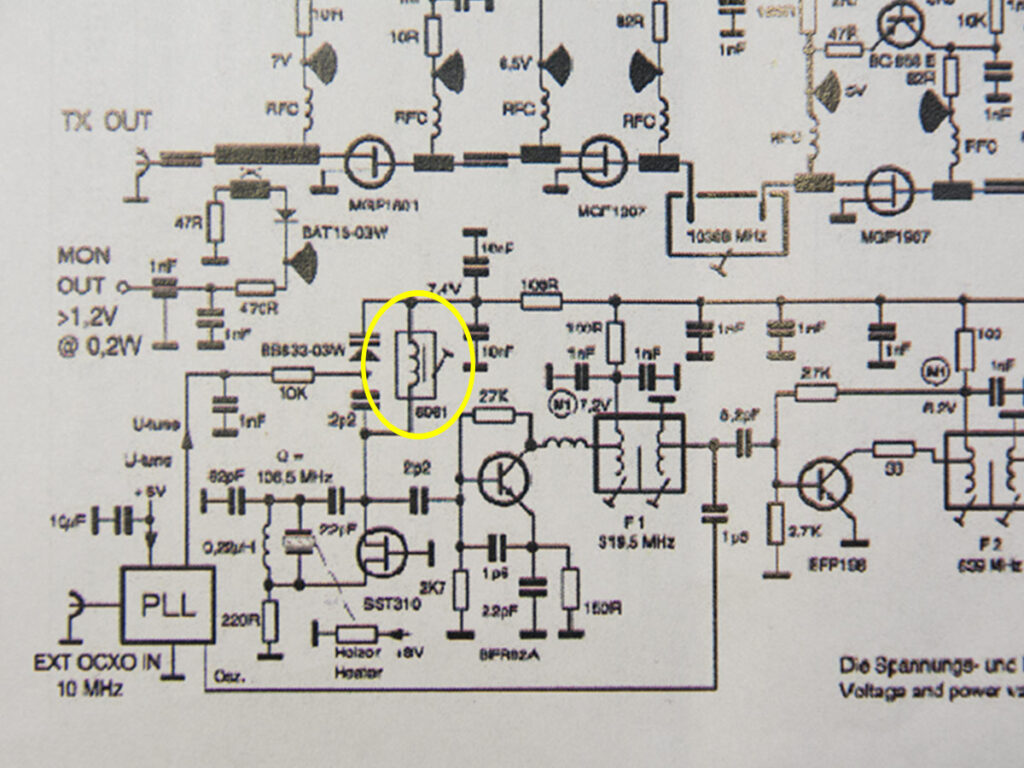 20 kHz at 10 GHz doesn’t sound like much, but in this day and age of GPS locking where other operators expect you to be close, this was no good!

My signal source is a Windfreak SynthNV, set to 3,456 MHz (10368/3), and externally locked to my ThunderBolt GPSDO.
For convenience, the SynthNV was connected to the 2-11 GHz log periodic antenna… rather than connecting the SynthNV to the Kuhne’s RX I/P via a 10 GHz pipe cap filter and patch leads. 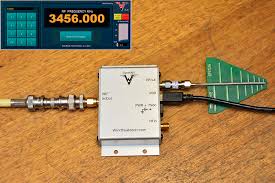 After running the Kuhne MKU 10 G3 432 for several days (remember, this was a brand new unit), and after some careful tweaking, I could set the free running OCXO to be so close it wasn’t funny, AND have it lock to the 10 MHz signal, if the 10 MHz was connected before powering on. Happy days! 🙂

When setting free running frequency, the inductor is quite touchy, due to the x96 multiplication involved in the LO chain.

This Colpitts type oscillator has to be tuned close to resonance for it to work at all. It’s also very obvious when the local oscillator is running, as you will hear as rise in IF receiver noise when it is working. Mine only worked over one turn of the trimmer inductor.

With a known signal source, ie; a GPS locked signal generator, you can tweak the inductor for the OCXO to be very close.

Tune your IF rig in USB mode, to minus 1 kHz from your carrier frequency, and listen for a 1000 Hz beat note.
If you’re keen, you can always feed the IF rig audio into your PC running an audio spectrum analyser application, but you can get it close enough by ear!

Some OCXO drift is still observed, even if the oscillator has been running for an hour or so… but it’s still pretty damn good. 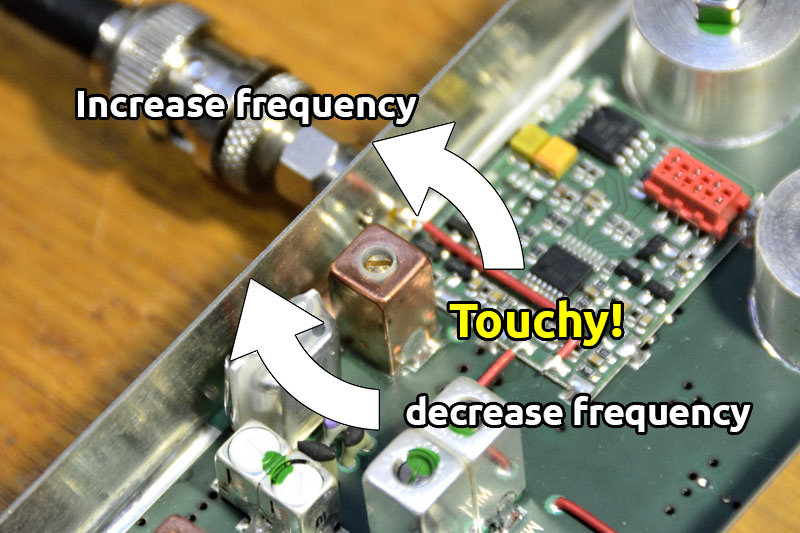 With a bit of careful tweaking, you can have the best of both worlds… instant hassle-free start up (with a 10 MHz source already connected) as well as a pretty close internal OCXO for those days where you cannot be bothered with an external 10 MHz reference.