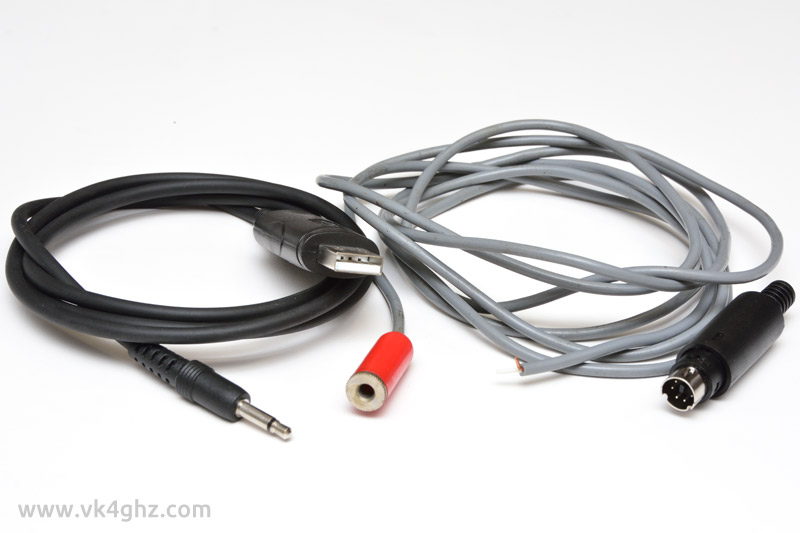 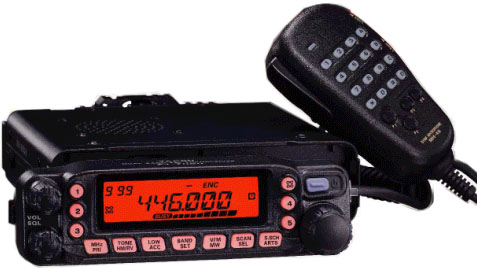 Only after a few minutes searching, and we find warnings about the non-genuine USB programming leads out of China. These leads are cheap, but.

Some Chinese cables are based on a knock-off version of the Prolific PL2303 chipset, and you’ll find they become inoperable with the latest Prolific drivers… which can be a trap if your PC does automatic updates.

Prolific do this deliberately, so that their drivers cannot be used with the Chinese knock-off hardware – I don’t blame them!

To avoid potential problems, a better alternative is a programming cable based on the SiLabs CP2102 chipset, and these can be obtained from TechnoFix UK on eBay.

Yes, the same arrangement as an ICOM CI-V interface cable.

If you already have an ICOM CI-V cable, why waste money on another complete cable, much the same? 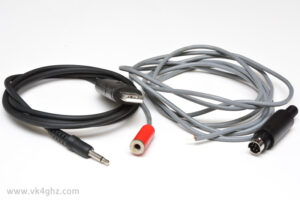 All that’s required is a 3.5mm plug to a 6-pin Mini DIN plug adapter. 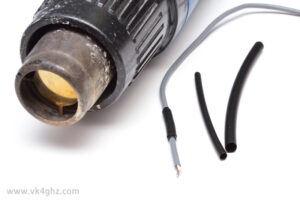 As luck would have it, a 3.5mm mono socket already attached to a convenient length of audio cable was on hand… so bonus!

You probably have some of this in the parts drawers anyway, along with some heat shrink.

To improve strain relief, three layers of heat shrink was applied to the 6-Pin Mini DIN end of the cable. With this, the outer shell of the Mini DIN plug is a nice firm fit.

With strain relief taken care of, the 6-Pin Mini DIN plug can now be soldered to the cable. 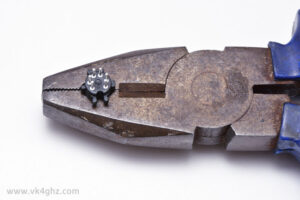 I find it a lot easy to solder to connectors like this, if they sit in the jaws of bull-nose pliers.

No clamping pressure is required… they just sit in the jaws, rather than moving around the bench, as you are trying to solder to them!

The bi-directional data line is connected to pin 3 of the mini DIN plug.

In the Service Manual, pin 3 is referred to as the PKS/Clone line, but it’s also the PTT line, so don’t be confused with this. 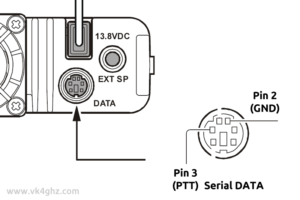 The data connection is to pin 3.

Making this adapter lead is literally a 5 minute job. 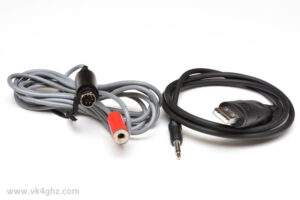 You get what you pay for.

(Lazy tight-asses can find it themselves!)

CHIRP tries to be a do-all programme for many different models of radios, and whilst admirable, that’s also it’s biggest failing.

CHIRP is clumsy to use, and it becomes a very slow process to set up many memory channels with offsets and CTCSS settings, etc… to the point of searching for better alternatives.

An excellent programme is “FTB7800” from G4HFQ.

A trial version can be downloaded, to try out.

You cannot write to the radio with the trial version, but you can build your setup, and save it (to your HDD) to be recalled later. It only takes a few minutes to see how quick and easy it is to set up memory channels.

Being specifically for the FT-7800R (in this case), we can also setup FT-7800R specific parameters, something CHIRP did not do.

Using the up down navigation on your keyboard (rather than the mouse), and you can fly thru your setup.
Set the frequencies in the first column, then set up the other parameters in the other columns.
Work down the columns – it’s much quicker than across a row! 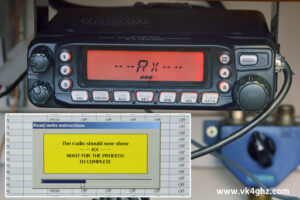 In less than 10 minutes, it was decided that the modest registration fee of USD$15 was definitely worth it.

Payment via PayPal, and registration details were immediately presented upon successful check out – no mucking around.

Also, FTB7800 is a lot faster than CHIRP when reading/writing to the radio.