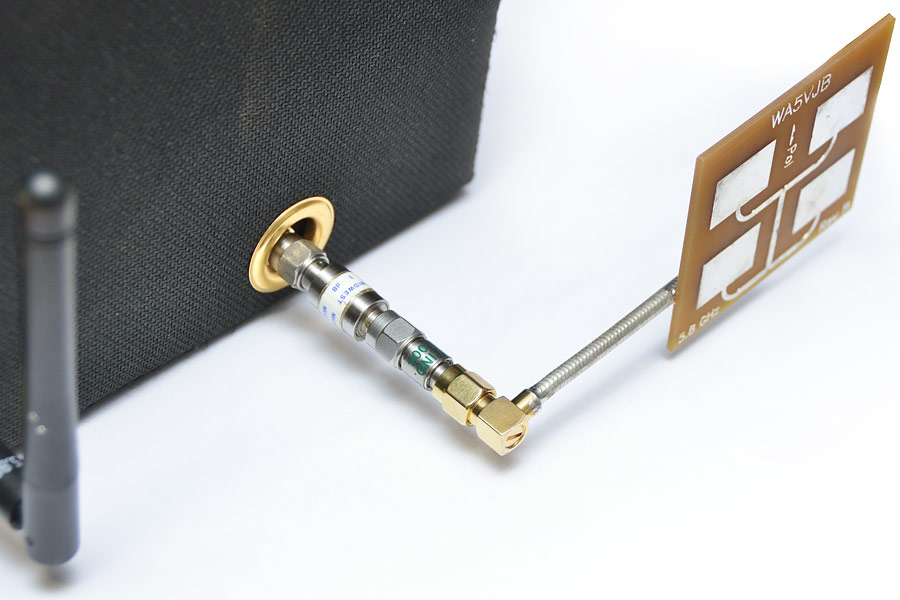 Did a rough comparison between the quad patch antenna, and the standard dipole today.

SMA attenuators were inserted in series with the patch, until similar copy was received on both antennas. It was determined that the gain of the patch was at least ~ 7dB over the dipole, ie; ~ 9.2dBi.
This is within the manufacturers specification of 9 – 11dBi.

The patch antenna’s pattern was broader than expected, in both planes, so for FPV use, this was a welcome surprise.