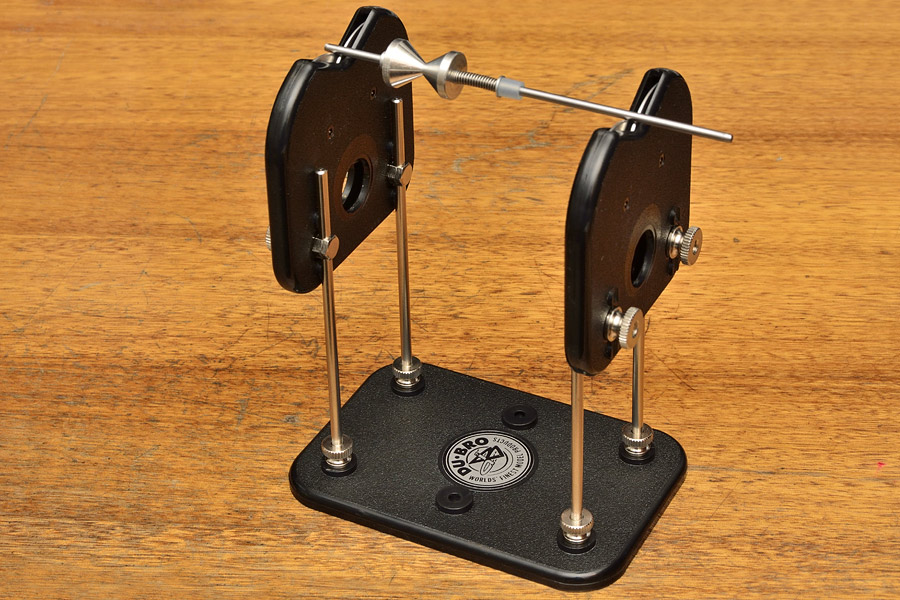 Whilst waiting for some items to arrive, including the propellers, the Du-Bro propeller balancer can be assembled.

Regarded as one of the better balancers out there, it goes together in minutes… even quicker, if you’re not taking pictures of the process! First thing to do is to align and press the 8-32 plain nuts into the plastic base. As seen in the following image, the instructions suggest using large pliers… but this will leave fugly marks on the top face of the base, so I used some smaller pliers to press the nuts in, from behind.

For smaller props (12″ or less), you will most likely position the posts to stand in the outer four holes. While you’re at it, you might as well press the two middle nuts in… so they cannot be lost!

As seen below, this shows how the wheel housing ends are located and slide up and down the posts. A few minutes later, and the assembled balancer. Now is the time to find an object to set the heights of each wheel housing, so they are the same. I used my trusty HP calculator! … which happens to set the height at just over 6″… perfect for the 12″ propellers due to arrive. 🙂